The next European Parliament President: who are the rumoured candidates and what are their political profiles?

On January 17th 2022, the Members of the European Parliament will decide who will take the spot of the President of the European Parliament for the rest of the 2019-24 parliamentary term. While the EP parties have not officially announced their candidates, they are already discussing preferred options. The Policy-Insider.AI team explores the political profiles of the rumoured candidates and takes a glance at social media to identify trends ahead of the elections.

Why is the role of the European Parliament President important?

Former European Parliament Presidents played an important role in European politics. For example, Martin Schulz, the EP President from 2012 till 2017, remains very influential. In 2017 he became the leader of the Social Democratic Party in Germany and ran as a candidate for German Chancellorship. With over 670k Twitter followers, Shulz continues to be a relevant political actor. (🔗 See our most influential policymaker dashboard)

What do we know about the rumoured candidates?

With the uncertainty caused by the Covid19 pandemic, internal changes of positions in the Parliament, and a politician reshuffle of power after the recent elections in Germany, one of the biggest EU states, the supposedly pre-determined race is becoming more uncertain. The four rumoured candidates are David Sassoli, Roberta Metsola, Esther de Lange and Esteban González Pons.

Many expect David Maria Sassoli, the current President of the European Parliament, to run for his second term. The initial agreement made by the S&D Party and the European People’s Party, which aimed for S&D to support a conservative candidate to take over in the second term, seems less likely to take place. The proposed EPP candidate, Manfred Weber, opted out of the EP Presidency run. Instead, he assumed a dual role as the leader of the EPP and the president of the EPP’s EU-wide umbrella organization. Weber’s decision caused conflict between S&D members, who believe that the EPP has breached the deal, and the EPP members, who want to secure a president belonging to their party.

While David Maria Sassoli has been an MEP since 2009, we know very little about his political profile on social media. As a relatively discrete man and as the incumbent President of the European Parliament, Sassoli does not like to communicate through online platforms. This makes it difficult to identify his political interests and sentiments. In the past month, he tweeted only six times about events in Italy and did not retweet any posts.

Roberta Metsola’s use of Twitter to express her political opinion is much more active than Sassoli’s. With 39 tweets and 120 retweets per month, she remains vocal about her activities and political interests. In the past weeks, she posted about the events in the European Parliament and shared her view on the political situation in Poland.

Esther De Lange has been a Dutch MEP from the EPP Party since 2007. As the most senior of all the rumoured candidates, she has been a very active member of the Committee of Environment, Public Health and Food Safety. Moreover, she has contributed to shaping the EPP’s climate change position and remained interested in climate and health policies.

Esther De Lange eagerly expresses her political opinion on Twitter. She posted 69 tweets of her own and 42 retweets in the past month. Her use of hashtags points to her many interests, especially regarding migration, health and sustainability. One might wonder whether the EPP Party will choose a candidate so politicized in her social media use and political undertakings or instead opt for a more ambiguous candidate.

After Weber’s withdrawal from the race, Esteban González Pons would have been an obvious choice. Recently, he has been elected as Vice-Chair of the EPP group. The Spanish MEP iswidely popular for his impeccable public speaking skills and viral political comments. Nevertheless, he is not likely to be part of the race based on his comments published by the Spanish media.

Esteban González Pons is not as active on Twitter as the candidates mentioned above. Nevertheless, he enjoys expressing his opinion on international relations. In the past month, he tweeted 14 times and retweeted 31 posts. He has been especially active in criticizing the Belarusian President- Alexander Lukashenko. One of his many tweets on the subject states: “Let’s take Lukashenko to the Int. Criminal Court. #Belarus dictator & Putin are the bosses of the human traffickers mafia in the East.”

Who has the most support on social media?

During the 2021 German Bundestag elections, the Policy-Insider.AI team paid close attention to the support of the Chancellor candidates on Twitter. This time we take to Twitter to look at the support for rumoured EP President candidates. While none of the rumoured candidates reaches the number of followers of former president Schulz (670k), the current president Sassoli (166k) is clearly the most popular. In the second place is Esteban González Pons with a stagnating number of followrs at 91k. Will Esther De Lange (13k) and Roberta Metsola (21k) be able to catch up to Pons in the upcoming months?

These charts are automatically updated and interactive. For matters of comparability, the spread of the vertical axis is 5.000 twitter followers.

Find out what the four rumoured candidates have been tweeting about below: 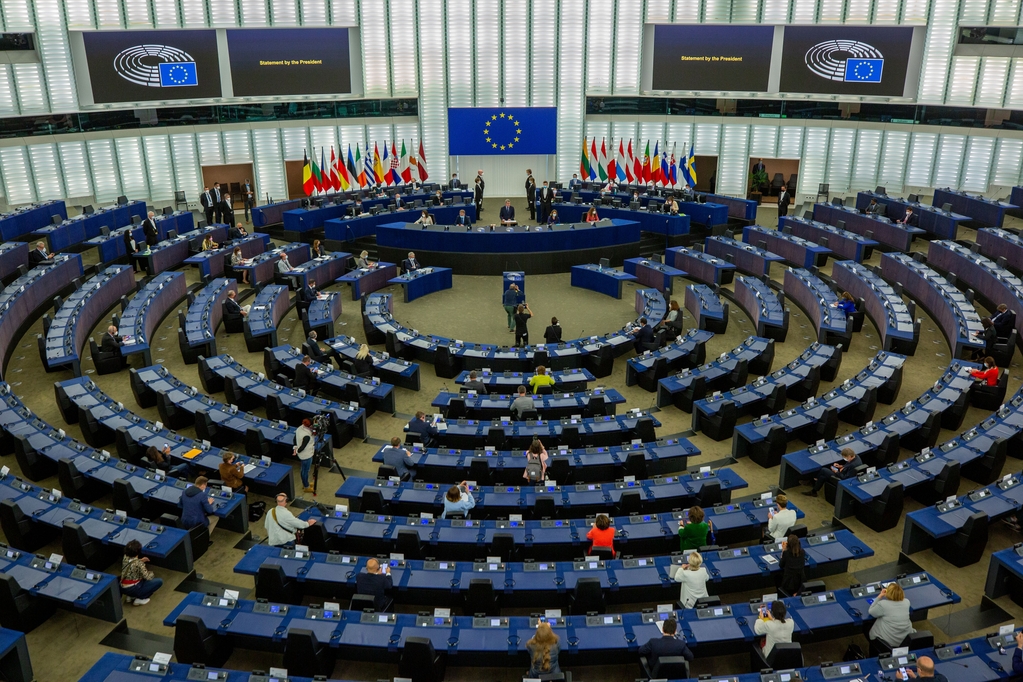