The French presidential election – how sudden events impact the campaigns

In this article, discover how unforeseen events impact election campaigns and how policy-insider.ai helps you capture their impact on the visibility of candidates. With the French presidential elections 2022 coming up, let’s dive into the upcoming campaign.

The 2017 campaign was unlike any other in many aspects. First, the result of the primary of the right and of the center proved the polls wrong. Then controversies, court cases, and a terrorist attack made the headlines and upset public opinion. The two most established political parties then didn’t make it to the second round. And finally, a new party rose up and was led to victory by a rookie in politics. Although one might disagree if Emmanuel Macron was really a novice, the public thought he definitely was.

After this unprecedented campaign of 2017, what can we expect during this new election campaign? It is virtually impossible to predict such twists and turns without a crystal ball. Using Twitter as a day-to-day trend indicator, policy-insider.ai will help you to objectively measure the weight and visibility of candidates throughout the campaign.

Back in 2002, a massive flood hit Germany shortly before the Bundestag elections. Bundeskanzler Schröder (SPD), losing to Edmund Stoiber (CSU) in the polls, put on his rubber boots and leveraged his “incumbent bonus” to display a hands-on attitude. It got him reelected.

19 years later, another flood hits Germany, again shortly before the elections. North-Rhine-Westfalia, the Bundesland headed by Armin Laschet is particularly ravaged. Laschet is at that time comfortably leading the polls and gets basically the same opportunity to shine in front of the voters. However, some failed photo-ops and an apparent lack of compassion got him severely under attack, both in traditional and online media. Ten weeks later, he had to concede the elections to Olaf Scholz, most likely now to become Angela Merkel‘s successor.

Ultimately, it is always the candidate’s ability to react to sudden developments that will influence the voters. Yet, incumbent candidates usually have more experience in dealing with these situations. However, looking back at the French presidential elections in 2017, Emmanuel Macron was a comparably rookie player. Let’s dive in a little deeper into that campaign.

What developments are likely to impact the French presidential elections?

180 days ahead of the 2022 French presidential election campaign, many questions about candidates are unanswered. (🔗 See all declared and expected candidates here)

Emmanuel Macron and Eric Zemmour are both very late in announcing their candidacy. Whereas LaREM has already started campaigning for Macron with the hashtag #5ansdeplus (#5yearsmore) on Twitter, Macron himself has not officially announced his run for a second term.

Finally, already declared candidates are preparing for a debate against the incumbent president and more importantly to face him head-to-head in the second round of the presidential elections.

Eric Zemmour (non-affiliated) is currently third in the polls without actually having declared his candidacy yet. His candidacy however would have a much greater impact on conservative and right-wing candidates. The whole stake of the Congress of The Republicains is to present a candidate capable of bringing together the conservative political family to reach the second round. The candidacy of Zemmour would create a very strong competition on the conservative wing. That would require the Republicans to find a convincing political ground, matching leaders and a candidate with a sharp profile.

How to see clearly among so many candidates?

With nearly thirty declared and potential candidates for the French presidential elections in 2022, it is difficult to rely on surveys alone to get the big picture of candidates. Let’s compare the voting intentions (source: IFOP) with the number of followers on Twitter of the main candidates.

Clearly, politics are not that simple and the comparably low follower numbers for Zemmour (264k) are only an indicator for the catching up he needs to do in the next six months. Engaging voters on social media will most likely tell us more about his capacity to sustain the public’s attention (🔗 follow these developments on our candidate’s dashboard)

For direct votes, follower numbers usually reflect who are the “established” and who are the “upcoming” candidates. As one may follow policymakers to actively disagree with them on every post, follower numbers say relatively little about the popularity of a candidate. Nevertheless, these numbers and especially their changes over time provide information about which candidates are regarded to have a real chance by the online community. Dramatic changes will make an important indicator to spot breakthroughs by candidates.

What types of information can we infer from Twitter trends?

Here are some examples of analytics that can be gleaned from Twitter data:

The best way to follow an electoral campaign is not so much to anticipate the unforeseen, but above all to analyze the impact of events on the trajectories of candidates. Click here to try our Twitter trend indicator for free. By selecting “France” in the filters, you will be able to discover further analytics.

Further data and analysis will be posted on our PI.AI blog throughout the presidential campaign. Stay tuned for future updates! 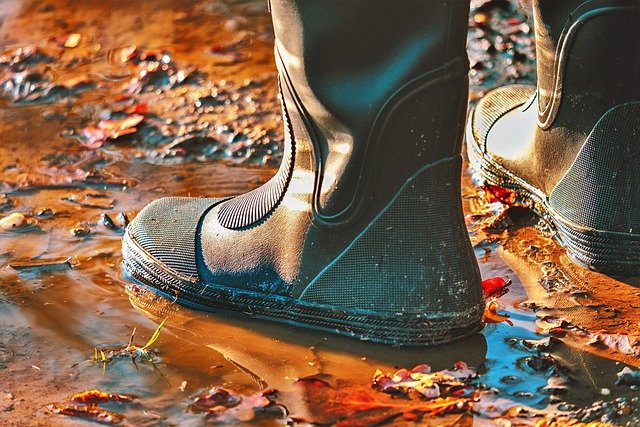