German Government Ministers: everything you need to know

On 8 December 2021 Olaf Scholz and his cabinet ministers will be sworn in. With 7 women and 10 men, the government Scholz I will be the first traffic light coalition government at the federal level. While most German Government Ministers are well-known to the general public, some nominations have come as surprise. Find all profiles, Twitter handles, and trends in our overview.

The Chancellor and his deputies

Christian Lindner has been a thought leader on Twitter for quite a while now (find all thought leaders here). Interestingly, the liberals have also won the demographic group of the first voters (18-24) with 23% of the votes in their favour, compared to only 12% back in 2017.

The German Government Ministers of the Social democrats (SPD)

The SPD will hold six ministries. Three ministers had seats at the Merkel Government Cabinet and four of these ministers are actually Members of the Bundestag. Please note that it is not mandatory for a Government Minister to have been elected in the Bundestag. Actually, Olaf Scholz, former Deputy Chancellor was elected to the Bundestag for the first time in 2021.

The German Government Ministers of the Green Party (“Bündnis90/Die Grünen“)

Together with Deputy Chancellor Harbeck, the Greens will have five seats at the Government Cabinet table, held by three women and two men. Four of these are actually Members of the Bundestag with Cem Özdemir having won a direct mandate. As you will see for Ministers from the Greens and the Liberals (below), it is very common for MPs of traditionally smaller parties to be elected through party list votes (see here for more details on the German election system).

The German Government Ministers of the Liberals (FDP)

As the smallest group in this traffic light coalition, the Liberals will have four seats at the Cabinet table, with Lindner (Finance) being joined by one woman and two men. 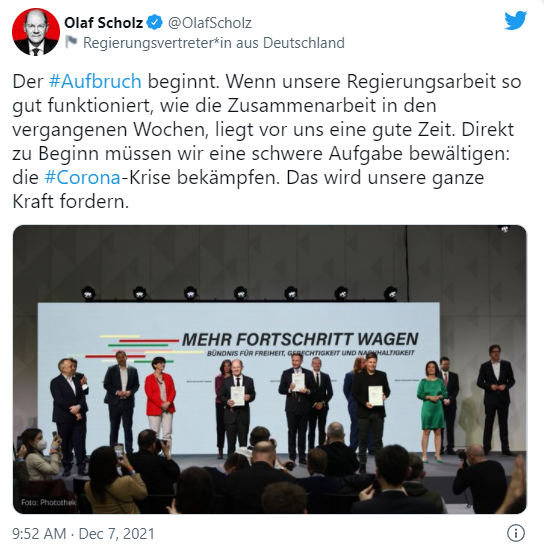