It’s five months before the French presidential elections in 2022 – let’s look at the campaign topics feeding the debate and the communication strategy of the candidates.

While 85% of voters had declared in 2017 that they had read at least one candidate’s program, candidates launch their campaign well in advance of publishing their program. Proposals and ideas remain decisive in the choice of the voters. However, the candidate’s ability to embody his ideas matters more. Above all, an electoral campaign is a political communication exercise, and the winner is often the one who captures public attention. Also, each candidate needs to exploit all communication means to get more visibility. By allowing instant communication without filters, the internet, and especially social media, have become a staple in political communication. In this article, we used Policy-Insider.AI expertise to identify the candidates’ different approaches on Twitter.

Traditional campaign elements are still very important. The candidates organize campaign meetings, make trips across the country and send their teams to distribute leaflets and hang posters. But these methods require a lot of effort and only reach a limited number of people. Instead, prime time appearances on major media television channels are the most effective means and the most popular with candidates. However, speaking times on television during an election campaign in France are regulated to guarantee fairness between each candidate.

On the contrary, the internet and social media offer candidates the opportunity to stand out, speak directly to citizens, and reach a large, wider audience as political campaigning has only become slightly more regulated since the Trump campaign in 2020. Most importantly, politicians can express themselves instantly and emotionally on Twitter at no cost (although they can of course spend large amounts on social media advisors).

A short typology of tweets

In my previous post, I looked at how the reaction of candidates to events can impact the course of a campaign. Candidates are always quick to give their opinion on Twitter and thus benefit from absolute carte blanche in their communication. Here is a typology of the different tweets published by campaign candidates:

All these elements give us information both on the candidate’s personality and on their ideas. Admittedly, some politicians do not tweet in person and rely on communication experts. Nevertheless, these messages shape the image that the candidate has in the public eye. The atmosphere of the 2017 presidential campaign was criticized for its negativity conducive to the spread of fake news. Therefore, finding the right tone to speak about the campaign topics is an integral part of a candidate’s communication strategy. At Policy-Insider.AI, we trained our AI to recognize the sentiment of tweets.

The sentiment indicator makes it possible to select positive and negative tweets and thus keep a finger on the pulse of the debate. For instance, positive tweets show you what subjects candidates want to arouse enthusiasm in their electorate, while negative tweets can help anticipate controversy.

Emmanuel Macron had waited until March 2, 2017, to unveil his program, not even 8 weeks before the elections. He had already been campaigning for several months and had gained prominence in the media landscape. As the timeline of dissemination is strictly regulated, programs only arrive in mailboxes long after the campaign has started. Therefore, candidates must find a better communication strategy to bring forward their proposals, and social media represents a significant opportunity. A campaign program often features items that are either very technical or very abstract, which can be difficult to communicate.

A tweet allows a candidate to comment on the news while inserting proposals. With a maximum of 280 characters, the candidate has to popularize the ideas of their program and can thus distribute them more widely. Several candidates make sure that these propositions are found by adding a campaign hashtag to most of their tweets. Here are some non-exhaustive examples:

Do the subjects addressed by policymakers match the concerns of the population? To assess this, it is helpful to compare the topics discussed by citizens, policy-makers, and presidential election candidates (already members of the Parliament). By focusing on relevant campaign topics, candidates have a better chance of optimizing their communication strategy.

An online survey carried out from October 28 to 30, 2021 by Harris Interactive for Challenges, on a sample of 2,505 people, shows the evolution of voters’ motivations to vote between 2017 and today. Whilst buying power, immigration and employment were the top concerns in the last election, health is now in third place. Immigration and buying power as campaign topics have strongly increased, unlike employment. However, the global covid pandemic has revealed the crucial importance of public health policies, which is reflected in the interest shown in health in the polls. Here are five themes that are expected to count the most in the first round votes of the presidential election:

Now let’s compare the 20 top hashtags used last week by the French policymakers and the presidential election candidates already Members of the Parliament.

9 of the 20 hashtags most used by French politicians concern the presidential elections. Two political parties are particularly influential: La République en Marche (which has a large majority of elected members of the National Assembly) and La France Insoumise (whose deputies are among the most active on Twitter). Likewise, the other topics that emerge concern the environment (# COP26), the “vaccine pass” (#PassSanitaire).

Campaign topics put forward by the candidates seem to be primarily related to current events. However, if we take a closer look at the tweets themselves, it turns out that the opinions expressed by the candidates on the news are above all an opportunity to slip in their proposals and thus respond to the problems of their electorate.

Moreover, the number of tweets published in a week gives additional information to compare the communication strategy of the candidates. Among the 7 candidates to the French presidential election present in the Policy-Insider.AI database as elected policymakers, Jean-Luc Mélenchon is by far the most active with 191 tweets and retweets for one week. This, therefore, confirms the tendency of elected officials of his party (La France Insoumise) to communicate frequently via Twitter.

Which tweets got the most “buy-in”

Finally, we gathered the top 10 most shared tweets between November 1st and 7th. These include all declared and prospective candidates. You can also discover the main topics of the campaign and the communication strategy that paid off. 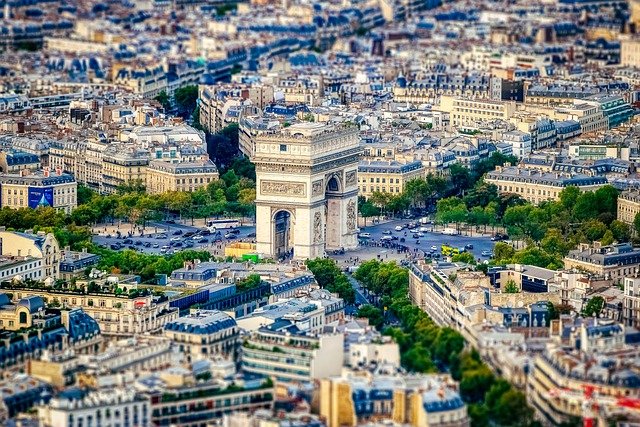